The Author's one of those very organized builders of various projects, including electronic ones, such as radio communications for SRG. Once an idea is made, it's thought about it during other (boring) things, like driving on the hyway (summer-type conditions) or just relaxing around the house. A vacation would be thinking about it as well. But that's fun. The next practice is to draw a block and system diagram on what was thought up the device would do, and lots of "what-if" scenarios, for designing logic circuits. A project can take anywhere from a month to several years. For example:

Here's the test bench where the prototype and final projects are performed. On the right is the documentation creation to be printed out for a manual. 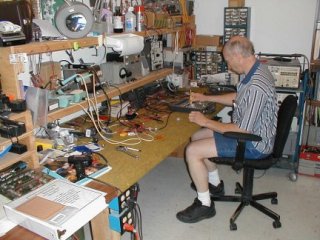 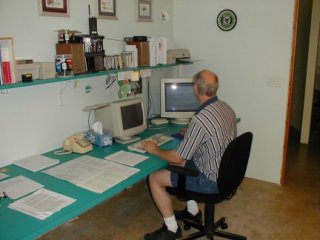 On the left side of the shop drafting and general operating happens when time permits. Just on the far edge of the picture is one of the equipment racks for the station; in this case, SRG 147.20 repeater. And yes, the floor is clean. A professional type setup. 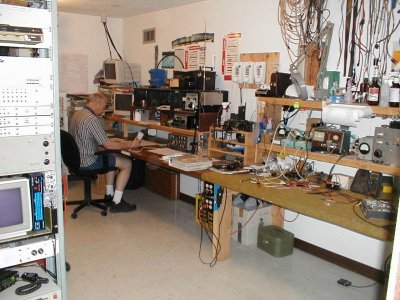 Back to the SRG tech page